What to Do in Bogotá?

In the past I believe I did not pay enough attention to Bogotá in my travel blog, that’s why I thought it is time to get some information out there, as I have been to the capital already a few times. Still, I live in Medellin and maybe that is why I always preferred the capital of Antioquia over the Colombian capital. But to set things clear everyone has a different taste and certainly the capital has a lot to offer. Some information and experiences from this great Colombian city I would like to share with you in this post. Heads up, my knowledge about the city is by far not as extended as my knowledge about Medellin. 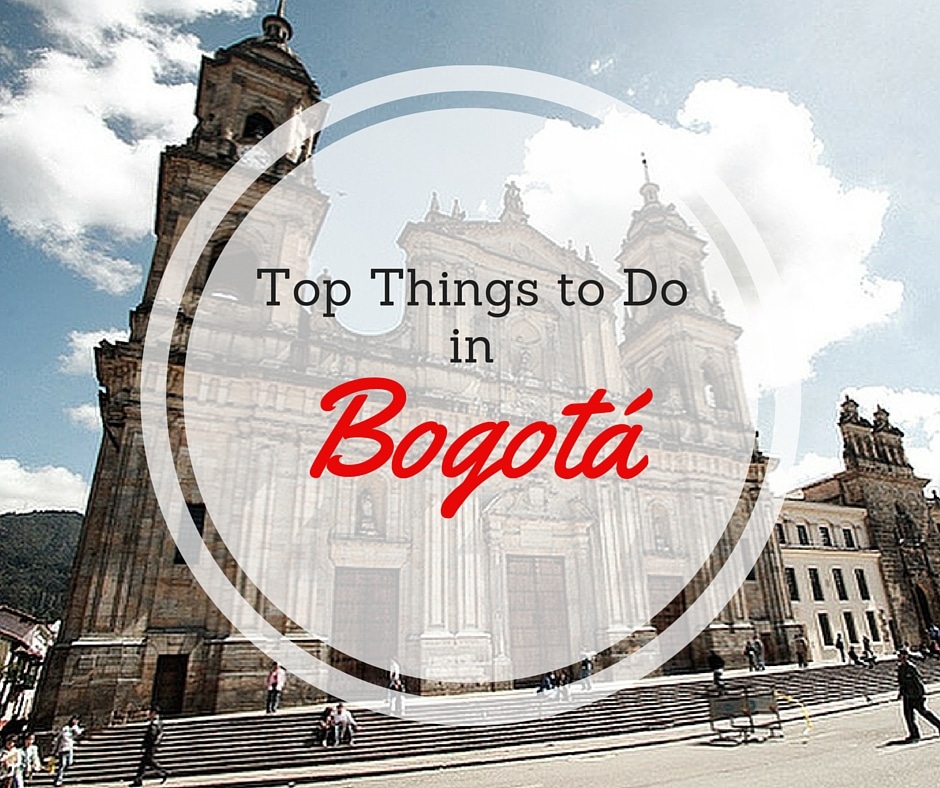 Before I came to Bogotá for the first time I had already heard a lot about this city, unfortunately not too many good things. People told me that the city is noisy, dirty, dangerous and cold. Furthermore cab drivers like to rip you off, the traffic is horrible and the inhabitants not really friendly. These were just a few things that I heard about Bogota before my first visit. Most people that told me these kinds of things were from Medellin and honestly, probably there are only few people in Medellin that would say that there is a more beautiful city than the city of eternal spring. Hence I have to admit I went to Bogotá with some prejudgment. But eventually it was time to get a real picture of the city.

Now I was standing there at airport El Dorado in Bogotá, the sun was shining, the friendly cab driver started a nice chat with me and the traffic was moderate. When I arrived at the hotel I paid the cab driver as I felt an acceptable price and at this moment I started my mission to discover this place completely without prejudices.

But now let’s get to the things you should see.

One of the first places many travellers and tourist visit is La Candelaria. Many Backpackers even live here during their stay in the city

One reason for that is certainly because that this historic area is located very central. From here you can start visiting many places like the Plaza Bolivar, the gold museum or Montserrate. Furthermore you can find many hostel and hotels here in different price ranges. Another reason to visit this place are certainly the lovely cobblestone streets where one can enjoy a nice stroll and watch some cool street artistsorm per.

The Plaza de Bolivar is the central office of the government of  the capital and Colombia and the heart of the city.
Here at this huge square the Capitolio Nacional is situated, the palace of justice and the cathedral of Bogotá. This place is usually full of tourists, street vendors and a lot of pigeons. And of course there has to be a statue of the independence fighter and national hero Simon Bolivar. 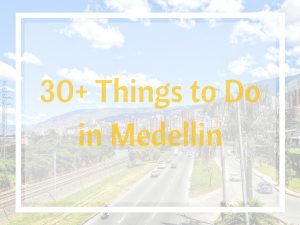 The Bogotá Gold Museum, the Museo del Oro, is the biggest and most popular gold museum in Colombia. Here you can spend time to admire this huge gold exhibition from before the Spanish colonialization.
On 3 floors there are more than 6600 exhibits from entire Colombia. From masks to golden breast plates, crowns, pods, jewelry and armors there is plenty of things to look at.

The Fernando-Botero-Museum is located in a refurbished colonial building in the heart of Bogota and shows artwork of the famous artist Fernando Botero, who was famous for his preference for overweight sculptures. The artist Fernando Bortero who is actually from Medellin donated many of his art to different museums in the country as well as the Donacion Botero in Bogotá. But you cannot only see works of Botero but also artworks from Picasso, Renoir and Dali.

There is no entrance fee and photos may be taken without flash.

Best thing to do is to take the cable car up to the Cerro de Monserrate on a sunny day. The 3,152 high mountain in the Andes offers an incredibly beautiful view over the capital of Colombia. Whilst enjoying the view you can have some local delicatessens or drink a coca tea.

About an hour from the capital is a beautiful salt cathedral in the city of Zipaquira. The cathedral was sculpted in a salt mine about 180 meter below the ground. Today it is equipped with some colorful lightning. But not only the cathedral itself is an attraction but also the city Zipaquira. Bring some time and take a stroll through this lovely city

Usaquen is a very laidback neighborhood that looks like a little village. Here you have a lot of restaurants, Live Music and shopping opportunities. On Sunday you should stop by the flea market where plenty of handcrafted products are sold.

3,5 hours from Bogotá in the department Boyaca is the beautiful town Villa de Leyva located it lies 2100 meters above sea level and it is simply an incredibly beautiful colonial town. The with 14000 square meters cobbled Plaza Mayor is the main attraction in thhis relaxed little city. But not only the city itself but also the nature that surrounds it is worth a visit. 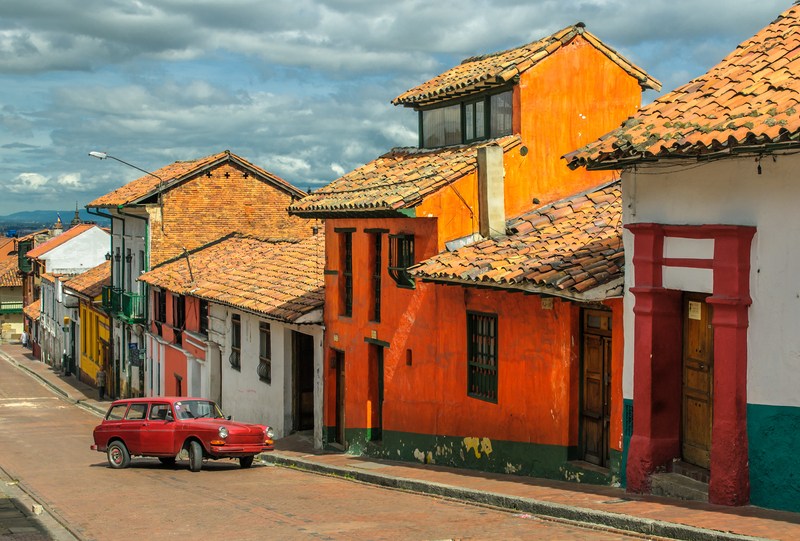 Generally I had the impression that the nightlife feels more like the nightlife in the states or in Europe than in South America. From Pop via Rock to Electronic music and hip Hop you can basically go out and dance to any kind of music. The difference to Medellin is easily spotted because here you find definitely more yuppies, Hipster and Rocker. In some bars and club you will even have a dress code which is in Medellin very rare. The Zona Rosa is located between the Calles 79-85 and the Carreras 11-15. But not there are not only plenty of clubs and bars in Bogotas Zona Rosa,  the city.

If you say the bigger the better then you should go to the Theatron in Chapinero, the biggest Electronic music of the country. After that you can head for the after hour to Radio Berlin.

For a few years Graffiti is part of the Colombian capital. Here some talented artist show their skills on the walls. But not only because of the spectacular street art is this tour very interesting but also because you will see parts of the city that you would otherwise rather not see. The Tour is for free but small donations are appreciated. More Information you can get here. 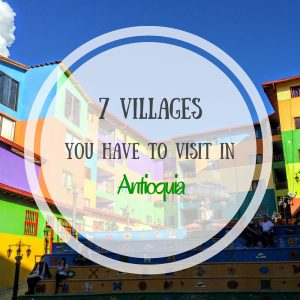 After the street art tour you can continue with a guided tour through the Bogotan art scene.

The art dealer and manager of culture Federico Ruiz offers an extensive tailored art tour that he call” A way through the Colombian art scene”. Every tour is different as he amends them according to the needs of every single one. Here some additional info

With approximately 300 Kilometers of bike lanes and Ciclorutas, which were constructed since 1998 Bogotá belongs to one of the biker friendliest cities in South America. Estimated around 300.000 to 400.000 people go to work by bike every day. If you want to make a bike tour to the sights of Bogota you can do this here Bogota Bike Tours 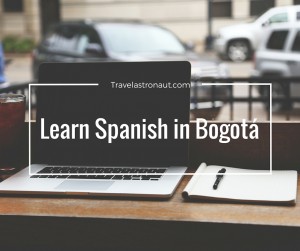 Sc House is a hostel famous among budget travelers not only because of the cheap prices but also because of its great location in La Candelaria. You can have a look at it here

Mi Lllave Hostel is located very central close to the Zona Rosa. The hostel is great and in a great location. Have a look at it here

If you like it more luxurious then you might want to check in the Sheraton hotel. Book here

Great steak plus party! Barely any people miss out on that place.

The classic Bogotan breakfast is Chocolate santafereño,  a hot chocolate that is served with corn bread, white cheese and a chicken filled Tamal. Preferably you eat this at the two above stated Pastelerias.