Here on the Travelastronaut blog I do not only want to present you articles about the most beautiful places in Colombia and the world but also bring you the culture and lifestyle of the people a little closer. In case you want to publish an article on my blog simply send an email to support@travelastronaut.com or use the contact form.

You don’t learn the real Colombian Spanish in a language school but in conversation with the neighbour, on the streets or when you go out. Ok I admit the Colombian Spanish is not completely different from what you might have learned at school or a language course but there are still some words and expressions which you will come across in a conversation every now and that you have probably never heard of in any other Latin American country or in Spain.

That is why I would like to translate for you the most common for Colombia typical words and expressions. Of course there are also used different saying in different areas. This is like in many other countries where for instance a guy from southern Germany talks different than a person from eastern Germany. And there is even a possibility that two person from these different area don’t fully understand each other. Now I would like to give you a colourful mix of the Colombian linguistic use.

Please take note that this is only a small part of the words and expressions used in Colombia that’s why I would like you to leave a comment with additionally expressions below the article. 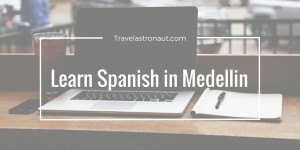 In Colombia there are several different ways to greet someone. All the following salutations are more or less formal and mean always something like “Hello”, “How are you”, “What’s going on” or something alike.

A typical start of a conversation could look like this:

This can go on for a while until it goes over into a normal conversation.

Of course the expressions, Buenos días, Buenas tardes, and Buenas noches are also used depending on the time of the day. Anyway these are rather formal Salutations. Very often instead of these phrases the word Buenas is used.

¡Quiubo! This salutation is extraordinary and results from ¿Qué hubo? Up on this one usually another greeting follows:

You can also use ¡Quiubo!, when somebody is knocking at the door. This is usually translated with “Who is there?”, “What’s up” übersetzt.

A la orden – Literally translated it means to be at someone command and it is often used when things are sold and goods offered. In Colombia it is also used as “You are welcome” after a “Thank you” and is more common then the Spanish “de nada”.

¿Cierto? – The word that is usually translated with “right” or “true” is often used at the end of a sentence in Colombia to get s confirmation to the things you just said or simply as a figure of speech. In English you can compare it with the word “right”. We are going to this party tonight, right?

¿Cómo así? – You will here it a lot when someone doesn`t understand what you are saying. It mean something like “Why?” or “Why is that?”

De una – Short form of ‘de una vez’, is used as “Of course” or “Yes sure”. ¿Quieres ir al cine mañana? Claro, de una – Do you want to go to the cinema tomorrow? Yes sure, of course!

¡Hágale! – One of my favourite expressions in Medellin. The expression ¡Hágale!, has several different meanings. Often ¡Hágale!, means “Yes”,”OK”, “Of course”, “Sure”, or “Do it!”. Sometimes it is followed by the word“pues” . Example: (¿Quieres salir esta noche? ¡Hágale!), Do you want to go out tonight? Yes sure. Or in the second example to encourage someone (Si ella te gusta, pídele el número…¡Hágale pues!). Very similar is the expression ¡Dale!.

¡Qué pena! – What usually means “What a pity/shame” is in Colombia also used in order to apologize. Often: que pena contigo / con usted – I am sorry

¡Que pereza! – When something is annyoing or boring.

Sisas – equals a „yes“ or „Yes sure“. At my workplace I usually here it in this way: Sisas parce = Yes dude/mate

Guaro – Short for the favourite Colombian Schnapps, Aguardiente. If you come to Colombia you will get to know this expressions and the like anise tasting Schnapps quickly as it is drunk almost everywhere.

Mono/a – Outside of Colombia mono means monkey. In Colombia a monkey is anamico, while a  mono/a is blond person.

Paisa – Are the people from Antioquia the vowel at the end stands even if the person that is described is a male.

Parche – Is a group of friends or a get together where your friends are involved.

Pastillas – Pills are not named píldoras like in Spain but pastillas.

Rumba – Rumba is actually a type of Music/dance but is generally used for celebration/party. Additionally there is the verb rumbear.

Taco – One of the first words I used to learn in Medellin was taco. A word that is mainly used in Antioquia and translates with “traffic jam”. In other parts of the country people say trancón.

Tinto – A very watery coffee that is usually drunk with plenty of sugar and without milk. it has certainly nothing to do with a delicious cappuccino.

Vieja – Often used informal amongst friends. You can usually here it when to girl friend talk to each other as it is a female fort. Hola vieja que mas? Translates approximately to Hey wrinkly what’s up?

Men often call themselves with usually insulting words like guevon or marica. Equally often are used the vocabularies gordo/gorda (fat) or negro/negra (black). For foreigner Id rather not recommend these expressions. Usually these words are used among very good friends.

Regalar– Regularly it means “to give (gift)” “to make a gift” in Colombia regalar can mean “can have”, “to get” for instance when you go shopping. For example: Me regalas una cervezita porfa – Can I have a beer please.

Pasear – To go on an outing, a short trip or on holidays. But if you visit one of the traditional pueblos you will need to use the word pueblear (from pueblo – village).

Comer/comerse – Instead of eating (food) this can also mean “to have sex with someone”.

Charro -In Antioquia you say charro, when something is funny in other countries it means rare/weird.

Juicioso – Esentially it mean responsible. Someone who is juicioso works hard and acts responsible.

Maluco – Means that something is bad or uncomfortable and is also used when you dont feel well or you are sick. For example: Estoy maluco or Me siento maluco – I feel bad

Mañe – A person or object that has no style. Has a similar meaning like cheesy.

Peye – describes things that are usually of bad quality.

Pintoso – Pintoso describes a good looking man but it doesn’t mean that one feels attracted to him. Alternatively you can also say tiene pinta.

¡Hacemos una vaca! – The colombians like to put money together for the bills of drinks and food and when they do it they are “making a cow“ (Hacemos una vaca)

Tengo un filo, que si me agacho me corto – Literal trabnslation: I have a blade and when I bend over it I will cut myself. Means: I´m starving.

¡No me abra los ojos que no le voy a echar gotas! – Literally: Don’t open your eyes like that I’m not going to put eye drop in them. Used negatively when someone is staring at you for a long time.

If you have any further suggestions I will be glad to hear them!

4 thoughts on “How To Speak Spanish Like A Colombian”