In the northwest region of Colombia lies the city of Medellin, the country’s second largest city. A vibrant destination where every August, the city comes alive with an explosion of color in the way of countless flowers. The Feria de las Flores is a 10-day flower festival where the culture of the paisa people is celebrated. 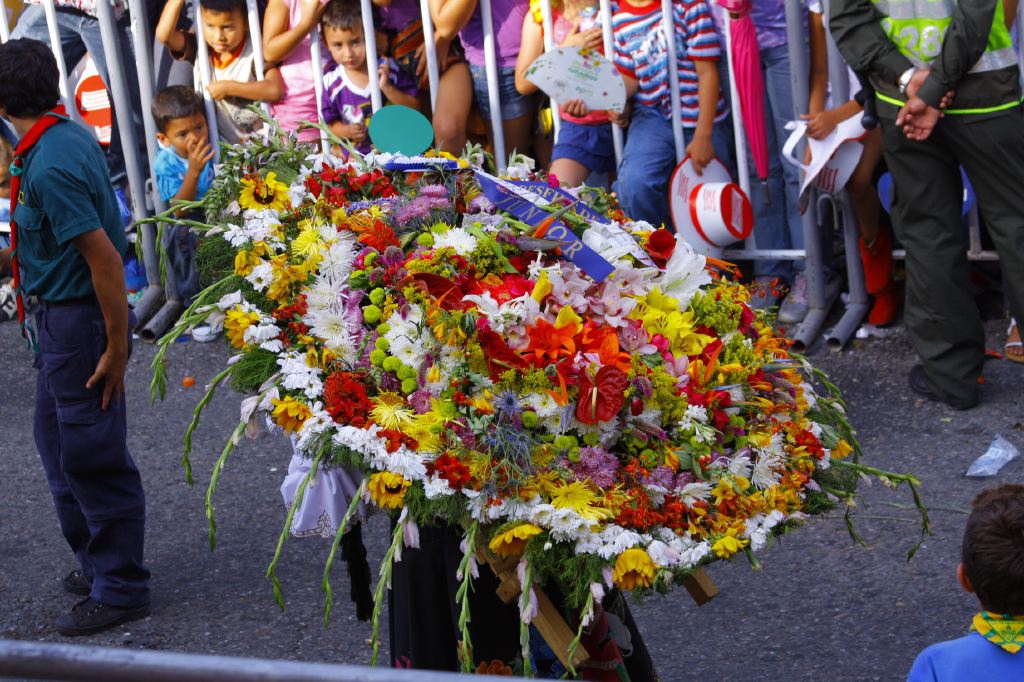 Here: 18 Places You Have to See in Colombia

A Bit of History

The festival has been a part of Medellin’s culture for over 50 years, and can trace its beginnings to Santa Elena. A tiny mountain town about an hour’s drive east of Medellin. The region itself is one of the largest cut flower-producing areas of the world. The climate of the region is amply suited for producing an astounding array of blooms. Back in the late 1950’s the flower vendors of the region, called silleteros, were invited by a member of Medellin’s tourist bureau to show their flowers in the city. Dozens of silleteros heeded the call, and it has been an annual event ever since. Back then the event was held in May for only 5 days, but over the years has grown into a world-renowned event for over a week in August.

The vendors keep with tradition to a certain degree, and stage the flowers in traditional silletas, wooden structures resembling the body of a small wheelbarrow that the vendors wear on their backs. The flower arrangements can get quite elaborate, with complete dioramas of vivid scenes and worded messages using contrasting-colored flowers. Some of the arrangements can be quite heavy and are carried by older men and women who have been doing it for decades. The parade-goers adore and honor these people during the festival. Indeed, this is a family tradition that is passed down through the generations.

Along with the silleteros parade, trail rides on horses, orchid competitions, and music performances occur throughout the festival. A display of fireworks marks the beginning and end of the celebrations. The National Trova Festival, the Desfile de Silleteros (the big flower parade), a classic car parade, a flowers and bird expo, an equestrian fair, activities for children and Sanalejo Market are some of the events that take place. Something for everyone.

Some Things to Consider

The Feria de las Flores is a wonderful event that is a must-do activity if you travel to Colombia. People from all over the globe attend every year and the residents are warm and welcoming to tourists who want to celebrate with them.