There had to be a time after Valparaiso, so we packed our stuff and left the city with at least one crying eye or two, or maybe I was even threatening to commit suicide because I didn’t want to leave. I don’t remember exactly, people interpret things differently. Fact is I was a little sad.

Our next destination after the city that almost made me become a street artist was Villarica a city/village in the Lake District not far from Timuco, the next bigger city. Ti-muco, Ti-muco…. I don’t know it somehow sounds funny in my head when I say it.

So we hopped again on the bus for ten hours in a bus of the lovely bus company Conquistadores which managed to achieve a number 3 ranking on the list of “My favorite bus companies in South America” right after ciktur and Cruz del sur.  After having not enough money at the counter to pay for our tickets the friendly gentleman behind the glass even charged us 2000 pesos each less for the tickets. Hence instead of paying 20.000 we just paid 18.000. After figuring out that there is either still hope for humanity or that angels exist (who am I to decide), that is either or pretty cool, we enjoyed another day at the spa/bus.
After a good night sleep we arrived in Timuco where you have to change busses in order to get to Villarica. So we switched to an almost equally comfortable bus of Tur-bus where we got charged a fare of 2000 for a 2 hour ride. 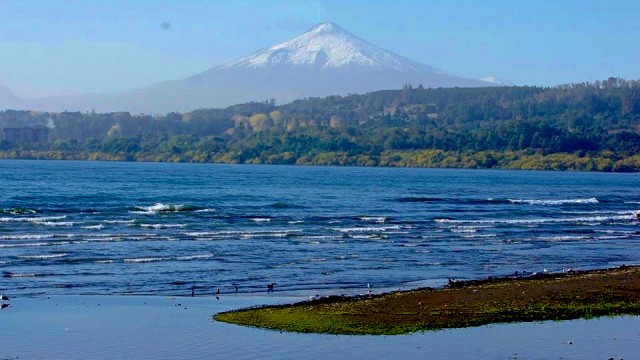 Yes eh looks a little like Germany, smells a little like Germany, streets have names of Germans and bakeries have German bread, cold-cuts and German brezeln and there are German lakes lookalike lakes. So it is pretty much Germany with a volcano, the volcano Villarica. The volcano Villarica just erupted around a week before we arrived but unfortunately it remained quiet for the time being, so we had to skip the hot lava stone grilled beef filets. We still could have made a smoked salmon though as the volcano was still smoking, even though not as smoking as my girlfriend.
Due to all the smoking it was unfortunately not allowed to climb up the mountain hence we had to stay hiking around the lake and the woods in front of the mountains which we invaded illegally (thug life). Do not imitate and climb random fences in South America, my advice to you people, it could cause you a bullet in your head or a hoof in your butt. Sorry I guess I exaggerated here a little but just a tiny little bit. So after breaking the law once again we fortunately didn’t end up in jail as we had rehabilitated very quickly from our criminal career and ended up in a bus to Pucon instead. 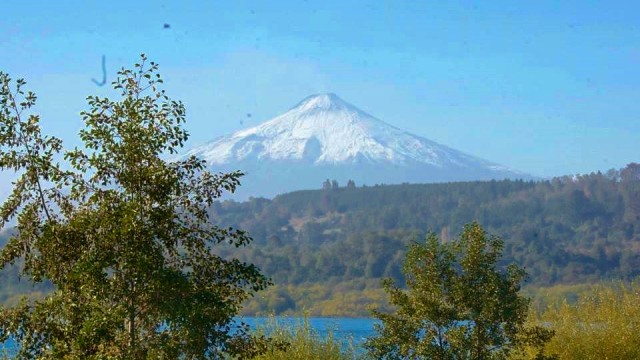 Looks like Villarica is also surrounded by lakes and volcanoes has also German bread, cold cuts and street names but it lacked some pretzels. Additionally it has more hostels, more tourists and more agencies that offer tours to either volcanoes that were not accessible at the time (volcano villarica), volcanoes that were accessible at that time or hot springs and parks ( ojo de caburgua, laguna azul). So a combination of parks, lagoons, looking at volcanoes and hot springs sounded pretty cool for lazy people like us, that’s why decided to go for a tour offered by the backpackers hostel for 25000 Pesos where btw we also stayed for 7000 pesos per night.
The tour started at 2pm and ended at 7pm  where of these 5 hours we spent 3 at the hot springs which was pretty cool as I felt like a reincarnation of  a human jellyfish afterwards and my friend even had an outta body experience whilst boiling in the hot springs and listening to Enya. Hot spring are always recommended as you can clean and relax your stressed travel body at the same time and even save change for the bathroom. 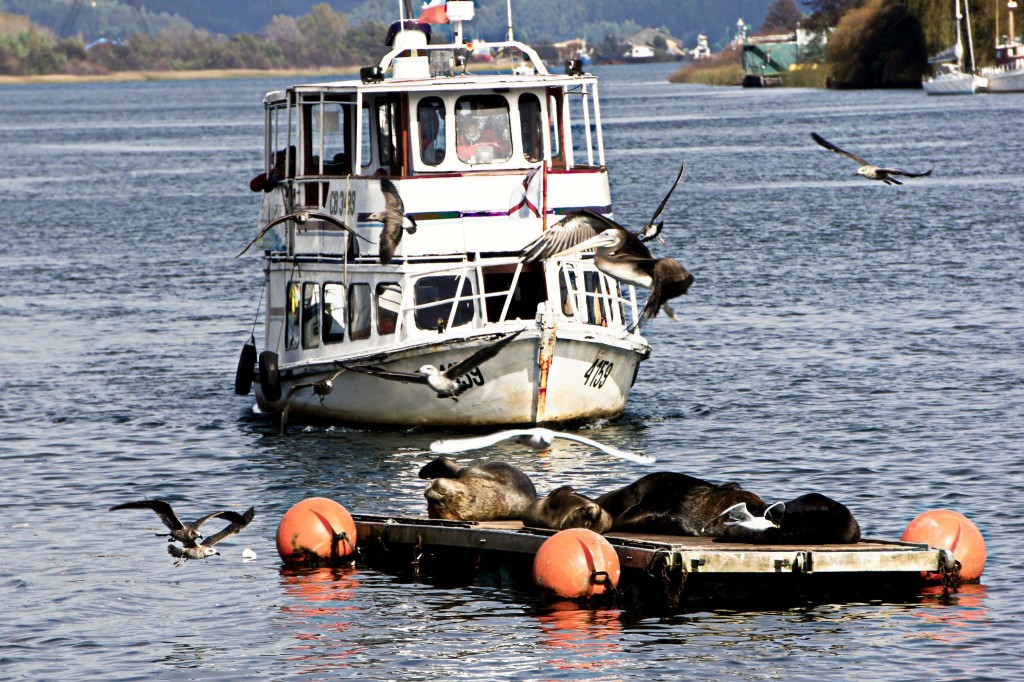 Get me some god damn salmon quickly before I eat a sea lion!

Things to do in Valdivia or better things we did in Valdivia and things you don`t necessarily have to do.

-Visit the botanical garden of “universidad austral”. Located just across the bridge and a few meter to the right up the river there is a beautiful botanical garden that belongs to the university austral. Just try not to distract all the student couples while they are making out. If you take pictures please don’t use a flash!

– Visit the fish market! “How much is the fish?” Scooter may ask. It is cheap and fresh, so fresh that you have to be afraid your sashimi will jump of your plate.  It can barely get any fresher than that. Additionally there are some sea lions right next to the fishermen looking for some leftovers. You may have noticed that I kinda developed a thing for sea lions since Valparaiso. 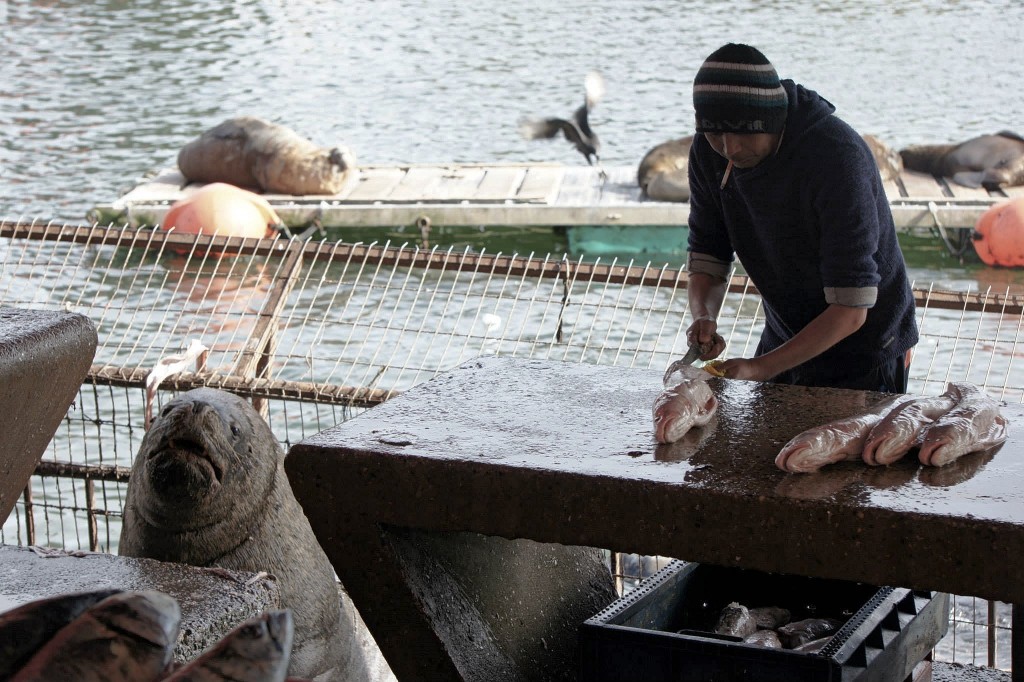 I had never been so close to a sea lion, I even would have been able to touch them but as I saw a guy walking around with just one hand, I skipped the idea and wouldn’t recommend it to you either. As mentioned by a fisherman apparently they are cool with the locals but not too much with the foreigners. Maybe that’s just because the fishermen bribe them with some fish leftovers once in a while and the foreigners don’t. The whole thing smelled a little fishy. Alright just forget about that lame joke and move on already. 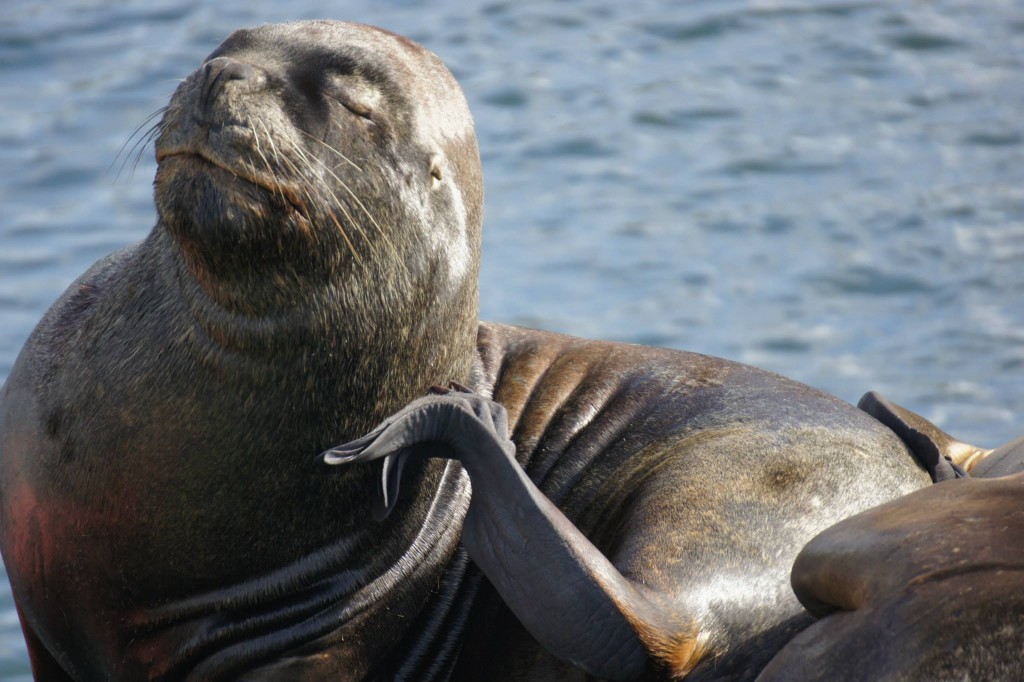 -Visit the national park or rather don’t visit the park or at least don’t go in in case you visit the park. The park “Parque Nacional Alerce Costero” is close to Corral approximately 17 kilometers east of Valdivia. In order to get there you have to take a bus from Valdivia to Niebla and then from there take the ferry and from corral another bus. Problem is outside high season it might be difficult to get a bus as it only goes at 2pm and the last one back is already at 4pm. So you either go there hitch hiking or take a cap. Unfortunately I have no idea about the bus schedule during the high season. Sounds a little like an Odyssey to get there but don’t worry I assure you it also is really that complicated. The entrance fee is 1,500 Pesos. The matter about the park is that it is not very well signposted and the trails are really short. Alternatively just stay outside the park and go for a hike in the area or hang at the beach

-Live in La Casita hostel with a nice friendly old couple that has only one room to offer. They will recommend you the best restaurants and places to visit. 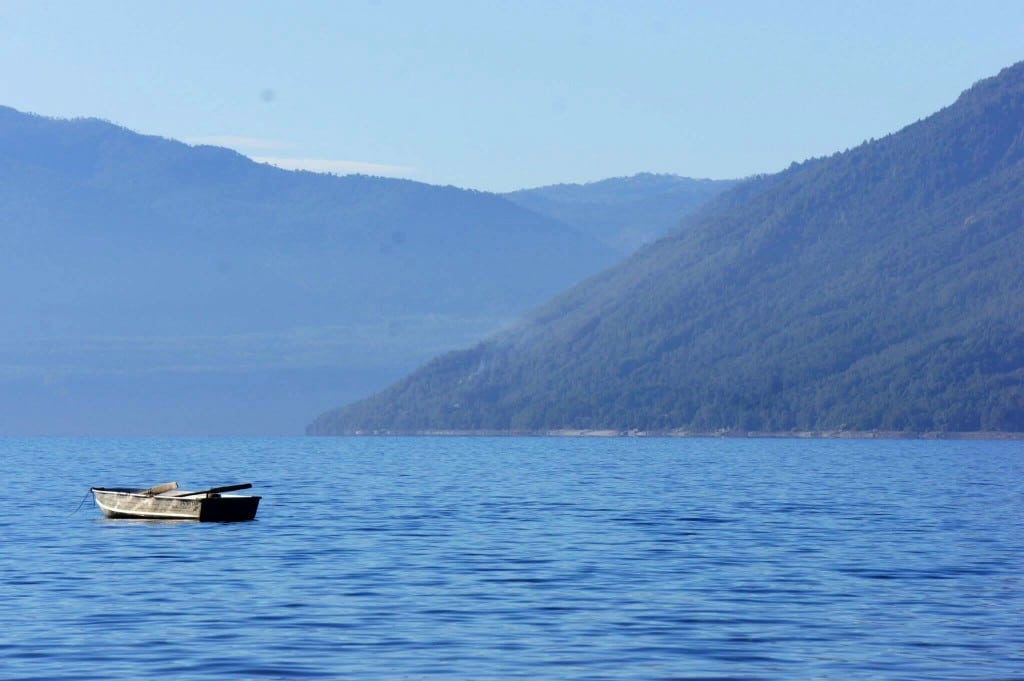 If you don’t have to go there, don’t go there but if you want to, do it! I wouldn’t recommend though because it is just a not really nice seaport! But we still had to go there for our ferry tickets from Chiloe to Chaiten! 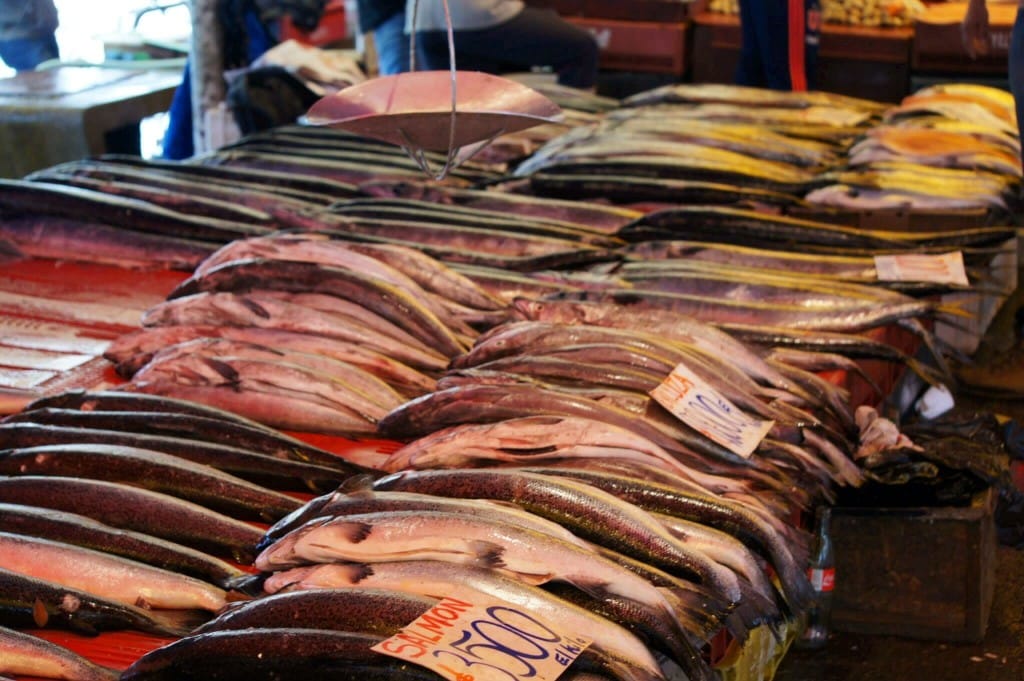